Days until challenge ends 27.
Keep up the good work. You are 479 km from reaching Santiago de Compostela.
Percent done: 39%. Currently you average 4.8 km/day. At this pace you'll be done in 100 days on Thursday, 12 November.
You need to average 17.7 km/day to reach goal before Monday, 31 August.

Hontanas is a municipality located in the province of Burgos, Castile and León, Spain. According to the 2004 census (INE), the municipality has a population of 70 inhabitants. 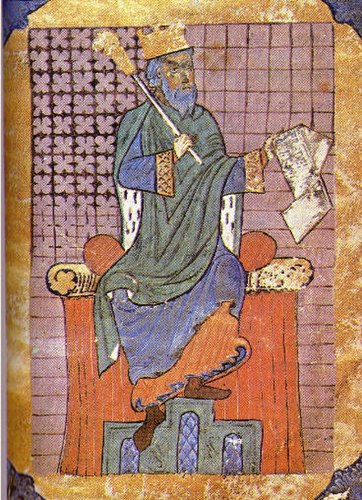 The Battle of Tamarón took place on 4 September 1037 between Ferdinand, Count of Castile, and Vermudo III, King of León. Ferdinand, who had married Vermudo's sister Sancha, defeated and killed his brother-in-law near Tamarón, Spain, after a brief war. As a result, Ferdinand succeeded Vermudo on the throne. Ferdinand's father, Sancho the Great, who was jure uxoris Count of Castile, had entrusted his son with the county as early as 1029. In 1034 he had conquered the imperial city of León and forced Vermudo to take refuge in remote Galicia.

Read more at: Battle of Tamarón

Iglesias (pronounced [iˈɡleːzjas]) is a municipality located in the province of Burgos, Castile and León, Spain.

Tamarón is a municipality and town located in the province of Burgos, Castile and León, Spain. According to the 2004 census (INE), the municipality has a population of 46.

Castellanos de Castro (formerly known also as Castellanos del Infante) is a municipality located in the province of Burgos, Castile and León, Spain. According to the 2004 census (INE), the municipality has a population of 63 inhabitants.