Days until challenge ends 27.
Keep up the good work. You are 266 km from reaching Santiago de Compostela.
Percent done: 18%. Currently you average 0.9 km/day. At this pace you'll be done in 296 days on Thursday, 27 May.
You need to average 9.9 km/day to reach goal before Monday, 31 August.

Ann-Sofie Martinez Riqué is 14.5 km behind. Peter Friis is 1 km ahead. 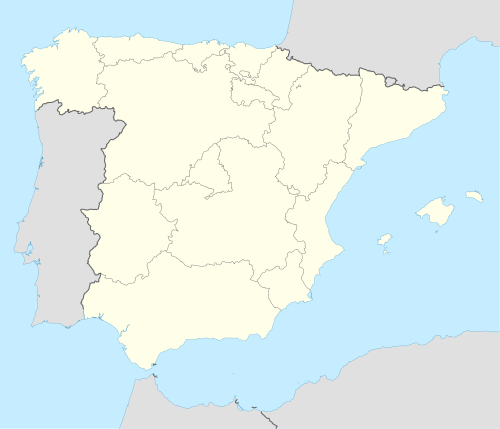 Brazuelo (Spanish pronunciation: [bɾaˈθwelo], Leonese: Brazuelu) is a municipality located in the province of León, Castile and León, Spain. According to the 2010 census (INE), the municipality has a population of 321 inhabitants.

Astorga (Spanish pronunciation: [asˈtoɾɣa]) is a municipality and city of Spain located in the central area of the province of León, in the autonomous community of Castilla y León, 43 kilometres (27 mi) southwest of the provincial capital. It is located in the transit between the Páramo Leonés and the mountains of León and acts as the backbone of the shires of Maragatería, La Cepeda and the Ribera del Órbigo. The city is the head of one of the most extensive and oldest dioceses of Spain, whose jurisdiction covers half of the province of León and part of Ourense and Zamora. It is also head of the judicial party number 5 of the province of León.Astorga lies in the area of the Maragatos, a small ethnic and cultural community with distinctive customs and architecture. The town lies at the junction of the French route, the most popular path and Vía de la Plata route, an alternative path of the Way of St.

Val de San Lorenzo is a municipality located in the province of León, Castile and León, Spain. According to the 2004 census (INE), the municipality has a population of 674 inhabitants and a density of 12,89 inhabitants/km2. 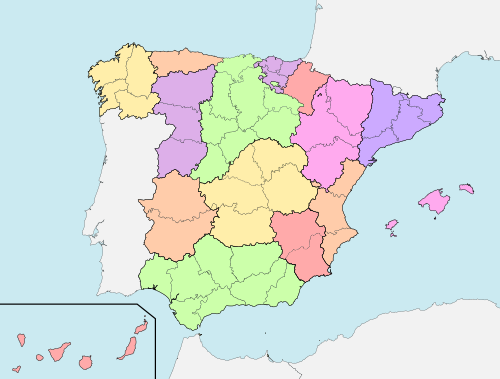 The Region of León, Leonese region or Leonese Country (Leonese: País Llionés, Spanish: región de León and Asturian: rexón de Llión) is a historic territory defined by the 1833 Spanish administrative organisation. The Leonese region encompassed the provinces of Salamanca, Zamora, and León, now part of the modern Spanish autonomous community of Castile and León. As is the case with other historical regions, and continuing with centuries of history, the inhabitants of the Leonese region are still called Leonese. Even today, according with official autonomous government, the historical territorial adjective is used in addition with the modern annexed territory, the rest of Old Castile, being "Castilians and Leonese". In 1983 the provincial government of León supported autonomy for the province of León, as did municipalities such as León and Ponferrada, the biggest cities in León, but this proposal was rejected by the Tribunal Constitucional (Constitutional Court of Spain).

Castrillo de los Polvazares is a village situated in Leon, in North-west of Spain. It is part of the municipality of Astorga. It's important due to its history, as one of the few places of the “Maragatería” which still keeps its traditions and was one of the main resistances against the French conquests. == History == It isn't known the date when Castrillo was founded, but it would probably be by the time the “Maragatería” did, with the Roman Empire, when Austurica Augusta (Astorga) was founded. It was destroyed by a flood in the 16th century and rebuilt again in the location where it is to date.