Days until challenge ends 27.
Keep up the good work. You are 553 km from reaching Santiago de Compostela.
Percent done: 30%. Currently you average 3.7 km/day. At this pace you'll be done in 150 days on Friday, 1 January.
You need to average 20.5 km/day to reach goal before Monday, 31 August.

Kiki Henrysdotter is 24.3 km behind. Nadja Blomstrand is 6.7 km ahead. 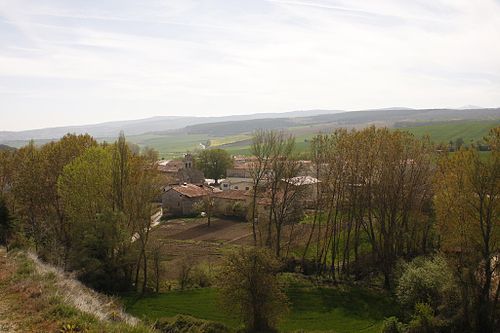 Tosantos is a municipality and town located in the province of Burgos, Castile and León, Spain. According to the 2004 census (INE), the municipality has a population of 60 inhabitants. Tosantos is located on the Camino de Santiago de Compostela, a 1200-year-old pilgrimage route that runs through France and Northern Spain to the Spanish city of Santiago. The hamlet has a pilgrim hostel which is open from April through October and hosts up to 50 pilgrims a night. 800 years ago a woman, known as La Ermita, lived in a cave in the cliffs above Tosantos and ministered to the passing Pilgrims. 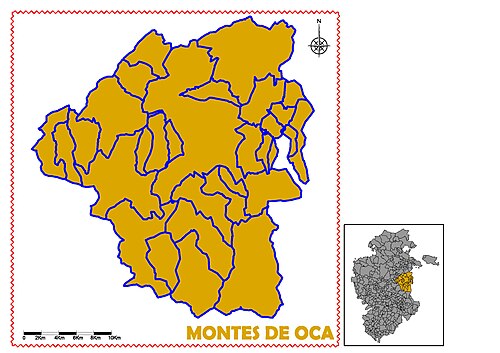 Montes de Oca is a comarca located east of the province of Burgos, in the autonomous community of Castile and León. It is bounded on the north by La Bureba, south by the Sierra de la Demanda comarca, on the east by the province of La Rioja and west by the Alfoz de Burgos. == History == When the Roman legions arrived to the area, it was the territory of the Autrigones tribe. After the Berber withdrawal, Alfonso II's depopulation (circa 742) and the razzias undertaken at the turn of the ninth century, Montes de Oca was repopulated mainly by Astur, Cantabri, Visigothic and Vascones (Basques) origins in the mid-ninth century, although remained border between the County of Castile with the Caliphate of Córdoba and its allies for at least a century and was afterwards border between kingdom of Castile and the kingdom of Navarre till the mid-twelfth century. During this period the shire to which belonged change from one kingdom to another until finally passed to the kingdom of Castile after an award, in 1146.

Villambistia is a municipality located in the province of Burgos, Castile and León, Spain. According to the 2004 census (INE), the municipality has a population of 65 inhabitants.

Espinosa del Camino is a municipality located in the province of Burgos, Castile and León, Spain. According to the 2004 census (INE), the municipality has a population of 36 inhabitants.

Puras de Villafranca, also known as Puras, is a village in the municipality of Belorado (Burgos, Spain) in the region of Montes de Oca, with historical links to Villafranca Montes de Oca. Nearby is located the Fuentemolinos cave.